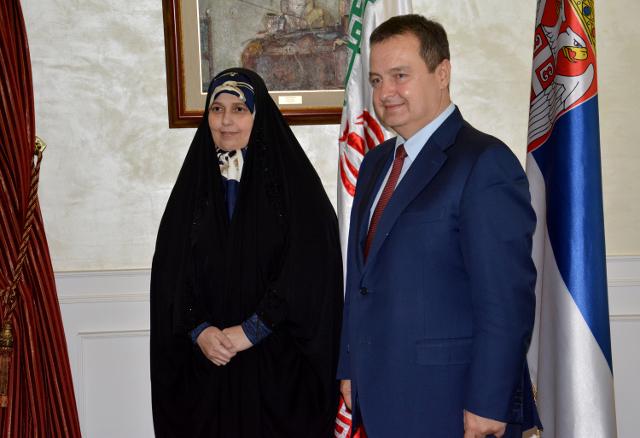 The group was led by Parvan Salashuri, who chairs it.

During the talks, they noted that the bilateral relations between the two countries are good, and a special overview was given to the prospects for their further improvement in the political, economic, cultural, scientific and sports spheres.

They emphasized that the abolition of visas will be an additional stimulus for further development of relations at all levels.

Also, a significant increase in the number of Iranian tourists in Serbia after the abolition of visas has been welcomed.

The officials agreed that the text of the Air Transport Agreement between Serbia and Iran is very important, because it is a prerequisite for the establishment of a direct airline between Belgrade and Tehran, according to a statement from the Ministry of Foreign Affairs.