Women, not preachers, decide on having children - official

In this country, it is women - not religious dignitaries - who decide on whether to have children. 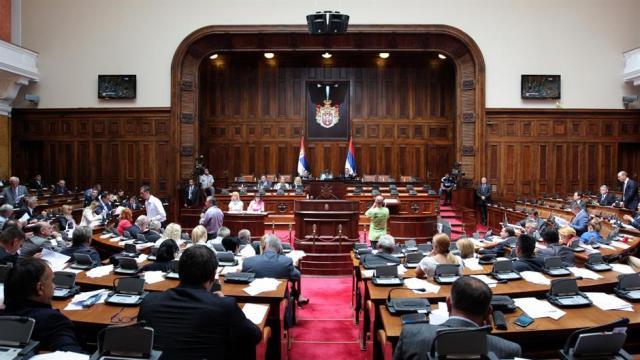 This is according to the chair of the Serbian National Assembly Committee on Human and Minority Rights, Meho Omerovic, who reacted on Wednesday.

Omerovic recalled that Serbia respects the separation of church and state, and added, in a written statement sent to media outlets on Wednesday, that "religious dignitaries are free to 'urge duty based on divine rules'."

"I do not wish to debate with divine rules - but there are rules that we all must obey - the law and the Constitution of Serbia, as well as the rights and obligations, that apply equally to all," he stressed.

Omerovic then observed that women in Serbia decide for themselves, of their own free will, in line with the law - on whether or not to have children.

His statement also recalled that "unfortunately, there are women who, for health reasons, cannot have children."

This reaction came after SPC Patriarch Irinej told the Belgrade-based tabloid Alo that it was "our duty to renew our nation, and recommend to our mothers that they are under obligation to give birth to children, under divine blessing, and in that way survive in history, although we have suffered (as a nation)".

Serbian cabinet minister and chairwoman of the Coordinating Body for Gender Equality Zorana Mihajlovic then reacted by saying that women "should be allowed" to have children "when they want to. "

Before all this - the top SPC dignitary in Montenegro, Metropolitan Amfilohije, speaking in Kosovo, said that Serb women have "killed more children" than Mussolini, Hitler, and Broz (lifelong Yugoslav president), and "those now in Kosovo and Metohija" all put together - and according to him - Serb women did this by deciding to end unwanted pregnancies.