PM travels to Brussels for meetings with top EU officials 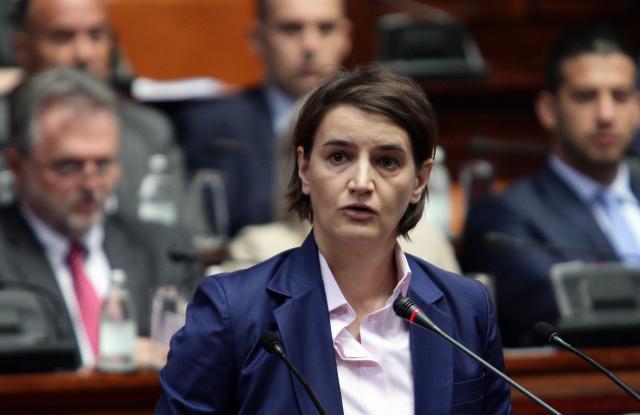 Brnabic will participate in a session of the European Parliament's Foreign Affairs Committee (AFET) and hold separate meetings with top EU officials.

After that, she is scheduled to address the session of AFET and hold a meeting with European Commissioner for Neighborhood Policy and Enlargement Negotiations Johannes Hahn.

On 11 October, the Prime Minister will meet with European Parliament President Antonio Tajani and then with European Commissioner for Regional Policy Corina Cretu.

Brnabic will wrap up her official visit to Brussels with separate meetings with European Commission President Jean-Claude Juncker and EU High Representative for Foreign Affairs and Security Policy Federica Mogherini.