Joining the EU is a question of endurance, not competing against others, Serbian Prime Minister Ana Brnabic has told the Brussels-based website EURACTIV.com 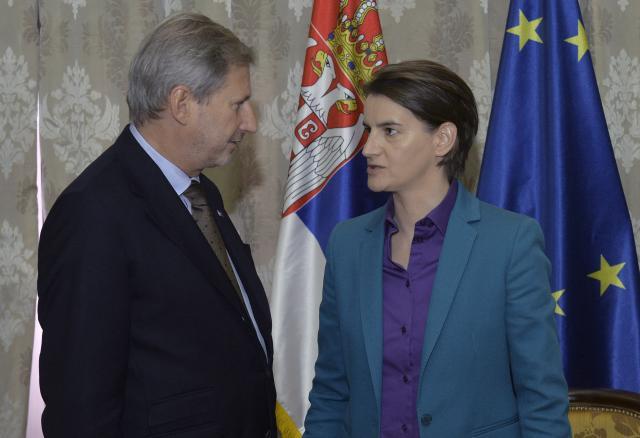 According to Brnabic, Serbia's goal is to close all negotiating chapters "between 2020 and 2022."

“For Serbia, joining the EU is like a marathon. When you run a marathon you are not competing against anyone else but yourself. In that sense, I don’t think any country should be bothered by who is the front or second runner," she said.

The first woman to head Serbia's government also "highlighted the progress made by Serbia over the last three years to regain macroeconomic stability and fiscal discipline," the article, quoted on Tuesday by Beta, said.

Asked whether she agreed with European Commission President Jean-Claude Juncker, who said in his State of the Union speech that Montenegro and Serbia could join by 2025, Brnabic replied that "we should not talk about when we will join," EURACTIV.com reported.

“For me, the journey is as important as the destination itself. That would be my message for the whole region. This is a marathon, be focused on implementing reforms in the most efficient way because it matters for your country,” Brnabic said.

But when "pressed for an answer on the timeline" she "conceded that Serbia’s goal is to close all chapters between 2020 and 2022."

The article observed that there are still "basic conditions to be met – the rule of law, the fight against crime and corruption, good neighborly relations, basic human rights, freedom of expression – to pave the way towards the EU integration process."

She "stressed environmental protection as a complex issue to solve but added that her government has established a new environmental ministry to deal with it."

As for Serbia's "reluctance to recognize Kosovo" - and whether it would hamper its EU accession - Brnabic is quoted as saying that the issue was not standing, as some EU member states had not recognized the former Serbian province either.

“I don’t know why it would be different for Serbia. Spain says that ‘even if Serbia recognizes Kosovo, we never will’. I don’t think that will be a precondition for joining the EU,” Brnabic said.

“Regardless of who opens more chapters, we work together,” Brnabic said, regarding regional cooperation.

Asked "how will Serbia reconcile its loyalty to and good relations with Russia, its traditional ally, with its EU aspirations," she said the question of either or has never been posed with Serbia and insisted it was a non-issue.

“Serbia has obviously had traditionally close ties with Russia and Russia is also very important to Serbia economically. We have an FTA with Russia and for the time being, we want to have Russia as our traditional partner and as an economic partner. I don’t see this being in contradiction with our strategic EU integration,” Brnabic said.