The president and the government of Serbia will address the European Commission (EC) in a letter, looking for answers to a range of questions. 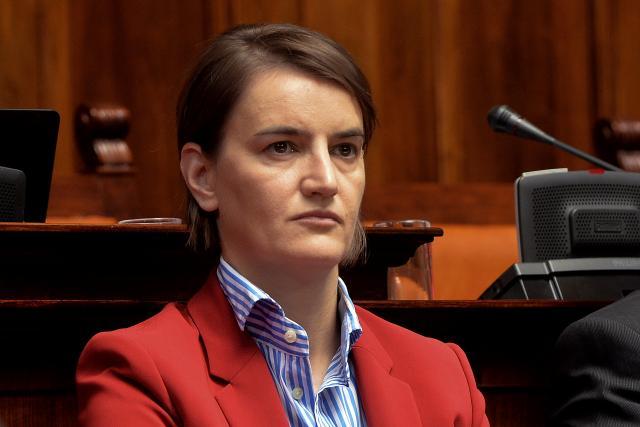 Brnabic added that the letter would be addressed to the EC, after it announced that the cases of Catalonia and Kosovo cannot be compared. According to her, the letter will "above all raise the question - is there one international law applicable to the EU, and another international law applicable to all other countries which are not members of the EU."

Brnabic made this statement after urgent consultations were held in Belgrade, called earlier in the day by President Aleksandar Vucic.

"Realistically, we have been very surprised by the position of the European Commission, and everything that (its) spokesman has said. We wanted to see how to react in terms of what we should further ask the Commission," Brnabic told reporters.

"I will travel to Brussels on a previously arranged visit on October 10 and 11, and I will certainly at that time take with me our letter, and this will certainly be one of the topics," said she.

Brnabic also stated that the letter would be forwarded to all countries that have not recognized the so-called state of Kosovo - "to thank them and let them know how important it is that they did not do it, and how right they had been when they defended international law, and believed in it."

The prime minister said that the letter would also be sent to those who have recognized Kosovo - in order to ask the same questions - "and perhaps, they will have some answers for Serbia."