Trump's visit - Serbia's surrender, or change in US policy?

Since the break-up of Yugoslavia no US president has visited Belgrade, and the president of Serbia expects Donald Trump to come here next year. 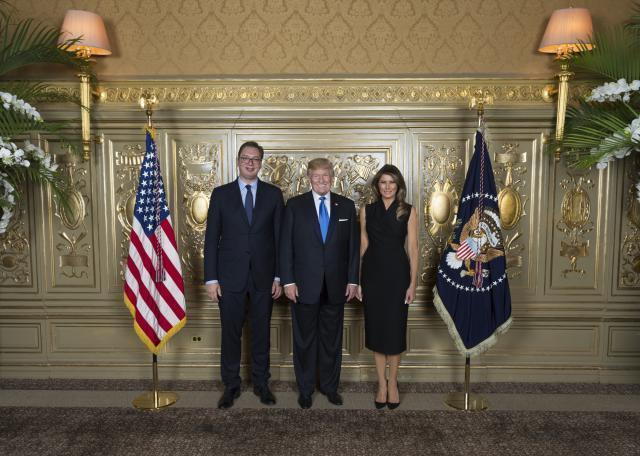 After Russian, Chinese and numerous European leaders, Serbia could thus soon host the US president.

"It would quite certainly be a historic visit, as he would be the first US president to come to Serbia," said Aleksandra Joksimovic from the Center for Foreign Policy.

In 1980, US President Jimmy Carter was on an official visit to Serbia - at that time a part of Yugoslavia.

"Top French officials and US presidents don't go on protocol visits, instead it is always the crown of a process, or, as in the case of Serbia, a recognition of what it is doing to maintain stability in the region," says Vladimir Vuletic, a sociologist.

By the end of the year, Belgrade will host the Turkish president, in early 2018, the French - and quite possibly, Donald Trump, by the end of 2018. And while some think the visit would be historic, others fear that it would not be quite favorable for our country.

"On the one hand this could mean - Trump will come if we surrender Kosovo, renounce the Serb Republic, and do everything that has been demanded of us for a long time. There is also the renouncing of the friendship with Russia," said Zeljko Cvijanovic, a journalist.

However, the arrival of the US president could also speak about some changing tendencies in the US foreign policy.

"That would mean that in America, Trump had managed to overcome the so-called deep state - and after that, managed to make some sort of detente in the world," explains Cvijanovic.

With the arrival of these leaders, Serbia would round off visits by world leaders from the East and the West. But Donald Trump's official visit could also change the negative view of US leaders that a part of the public in Serbia has had for almost two decades.