Details emerging about arrest in Kosovo of displaced Serb

The lawyer of a Serb who was arrested in Kosovo claims his client was detained based on the statements made by one person, and with no evidence whatsoever. 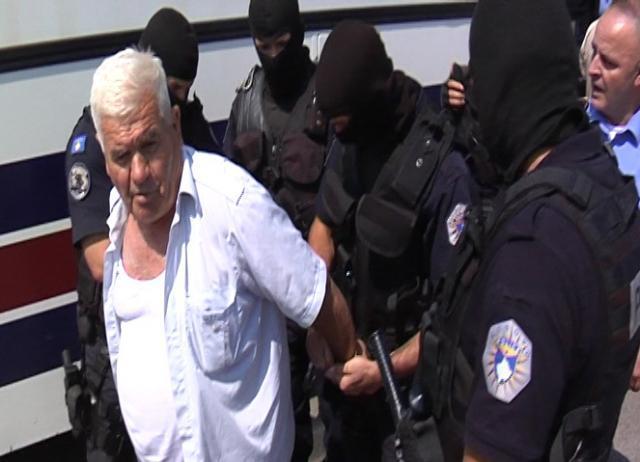 The arrest of Bogdan Mitrovic (B92)

Dejan Vasic told the Belgrade daily Politika that the defense team of Bogdan Mitrovic has submitted to the war crimes prosecutor in Pristina a proposal to present evidence and hear witnesses.

The lawyer also said he would next week ask the judge in charge of the case to transfer Mitrovic from Podujevo to northern Kosovska Mitrovica, where his family would have better conditions to visit his client.

"It's interesting to me that Bogdan Mitrovic has been detained based on the statement of one man, who said things like, 'I heard about it', and, 'the word around the village is that this happened'. This way, we have a situation where the prosecutor has first detained (Mitrovic), and is only now beginning to collect evidence for a possible indictment - which makes no sense," said Vasic.

He added that Mitrovic's accuser is his (former) neighbor, an ethnic Albanian, Xheladin Sadikaj - who is also in charge of the return of displaced Serbs in the municipality of Suva Reka.

Mitrovic was arrested as he was visiting the property he had to leave in his village, and a demolished Serbian Orthodox church there, along with a group of other displaced Serbs.

Vasic said it was curious that Sadikaj - who he said has met with Mitrovic over the years - decided to "say something" to the prosecution 18 years after the alleged crime - and just as Mitrovic was a step away from succeeding in "throwing Sadikaj out of the premises he had usurped."

Based on all the circumstances it is clear that Mitrovic is a completely innocent man, and that will be proven in court, said the lawyer.

Previously, a court in Prizren interrogated Mitrovic and ordered him remanded in prison for up to 30 days, when he was told that the war crimes allegations against him were made by his former neighbor, an ethnic Albanian.