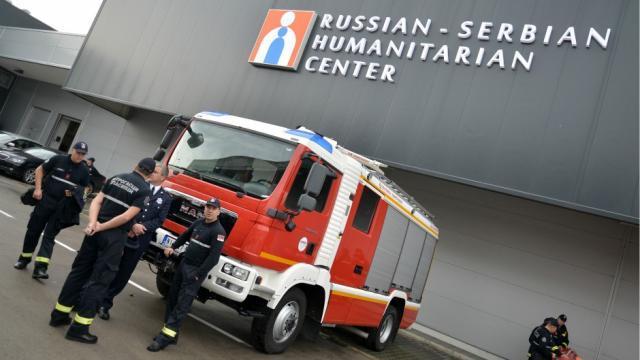 The Belgrade newspaper adds that the shutting down of the center, located in southern Serbia, could be made a condition for chapter 31 in Serbia's EU accession negotiations.

According to the report, "Brussels could ask Serbia, as a condition to open chapter 31, that the center and its staff not be granted diplomatic status, while the possibility that the EU could demand its closure is not ruled out."

The daily recalls that the screening report for this chapter - which concerns foreign policy and security - has not yet been submitted to Belgrade, and adds that this document is now "blocked" because the Baltic countries and Poland insist on integrating a number of demands into it, relelated to weakening the ties between Serbia and Russia - "from imposing sanctions to military cooperation."

Igor Novakovic, the coordinator of the working group for chapters 30 and 31 of the National Convention on the EU, says that Serbia, while establishing the Center, agreed to give diplomatic status to its staff. "This is not so much a problem for the West, as is the possibility that the Center's building itself could be given diplomatic status, which would practically make it Russian territory," explains Novakovic.

According to him, when the Center was established, it was part of the "package" of the South Stream agreement, which has in the meantime been abandoned, "so the question of the purpose of the Center has been raised."

Representatives of the RSHC in Nis say that, in five years of work, the Center justified its existence and purpose, which is solely in the domain of humanitarian response - assistance, rescue and organization of cooperation in emergency situations.

"As for the interstate agreement on the conditions of residence, privileges and immunity of the representatives of the Center, this is a political issue and the governments of Serbia and Russia will decide on that," the daily quoted an interlocutor from the Center.

The issue of the Russian-Serbian Humanitarian Center has been put before Serbia for a long time, and it is being raised to a higher level in parallel with the deterioration of relations between the West and Russia. US officials have been leading the way in demanding that the Center and its personnel not be granted diplomatic status - something heard most recently this week from US Senator Ron Johnson, who was visiting Belgrade.