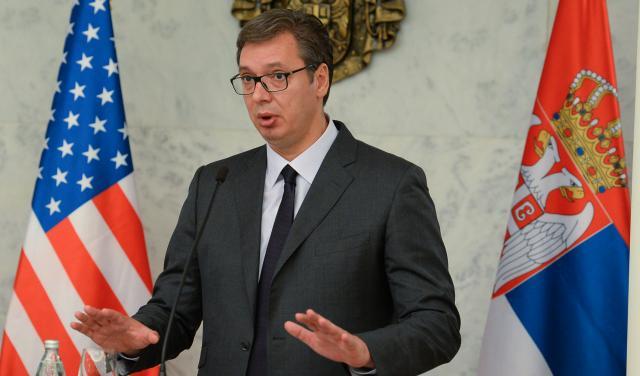 Vucic, who spoke to reporters late on Tuesday after his meeting in Belgrade with a visiting US senator, said that there was "not even a slight indication that Mitrovic had done something wrong."

"I am afraid that attempts by certain forces to prevent any attempt at dialogue are behind this," added Vucic.

Mitrovic, a 74-year old displaced Serb from a village in Kosovo, was visiting his property when he was arrested on Monday.

Speaking on Tuesday, the president also said he expected the EU "to"invest a lot of efforts" in order to stabilize the situation in the Balkans.