Vucic and Thaci to meet in Brussels on Thursday 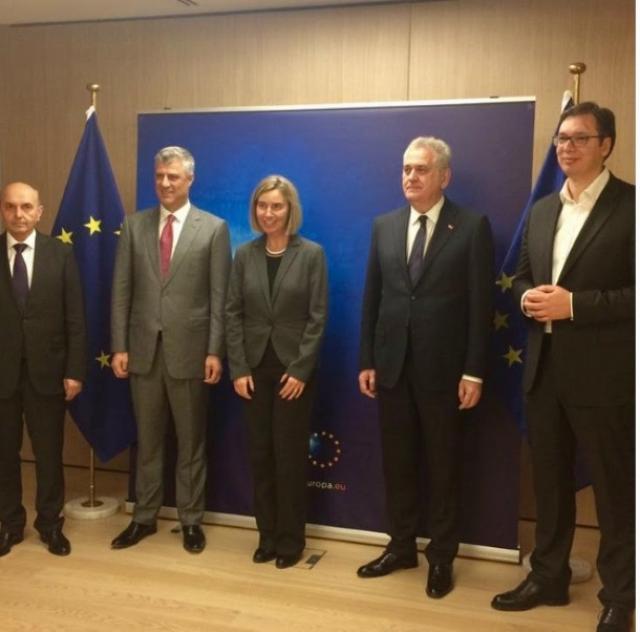 Vucic, Thaci and EU foreign policy chief Federica Mogherini about will discuss "the form of the new phase" of negotiations and the implementation of the agreements reached so far.

Vucic and Thaci were in Brussels for an informal conversation with Mogherini over a month ago, while the last official final round of the Belgrade-Pristina dialogue at the political level was held at the beginning of February.

In the meantime, presidential elections were in Serbia, as well as parliamentary elections in Kosovo and Metohija, and there have been hints that the dialogue would continue at the presidential level.

No statement was issued after the meeting in early February, attended by then prime ministers and presidents of Serbia and Kosovo, while the media speculated that the round "went wrong."

After the last meeting with Mogherini, Vucic said it was necessary to talk "more seriously and bravely about future relations".

Some 20 days later, Vucic launched his proposal to hold "an internal dialogue" on Kosovo.

Meantime, a new government is yet to be formed in Pristina.