Skopje to be "restrained" on issue of Pristina's UNESCO bid

Serbian Prime Minister Ana Brnabic has said in Durres, Albania, that Macedonia would be "restrained" on the issue of Pristina's bid to join UNESCO. 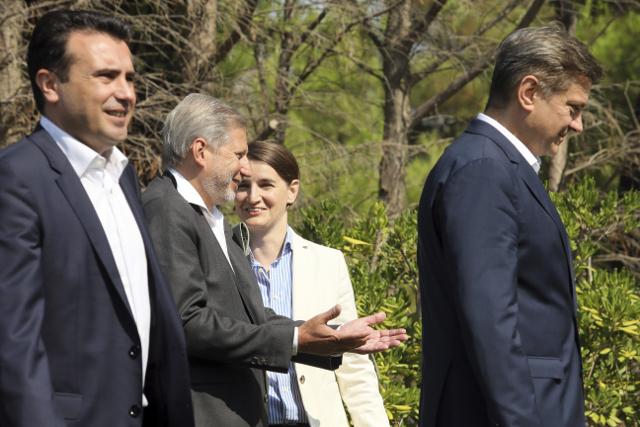 Brnabic spoke on Saturday, after her conversation with Macedonian Prime Minister Zoran Zaev.

"Today I spoke with Zaev about the events these last days. We have a fairly good understanding around the next steps of our cooperation. I invited him and we agreed that he will visit Serbia in November," Brnabic said, adding that they would agree then to hold a joint session of the two governments.

Beta quoted her as saying that "Macedonia voting in favor of Kosovo's UNESCO membership would not be in the best interest of cooperation between Serbia and Macedonia."

"Zaev said that it would not be a topic for debate this year, but if it turns out to be, it is important that we all stick to our agreement, this year, and the next. At any rate, I believe that we will continue dialog, I trust our regional counterparts, and I expect everyone to keep their word," Brnabic, who was in Durres for a meeting of regional PMs, told RTS.

Serbian President Aleksandar Vucic said last week, amid a diplomatic spat between Belgrade and Skopje, that he "knows Macedonia will support membership of Kosovo and Metohija in UNESCO."