Aleksandar Vucic says the "the Cyprus model" cannot be used to find a solution for Kosovo, "because it means a frozen conflict for the next 100 or 200 years." 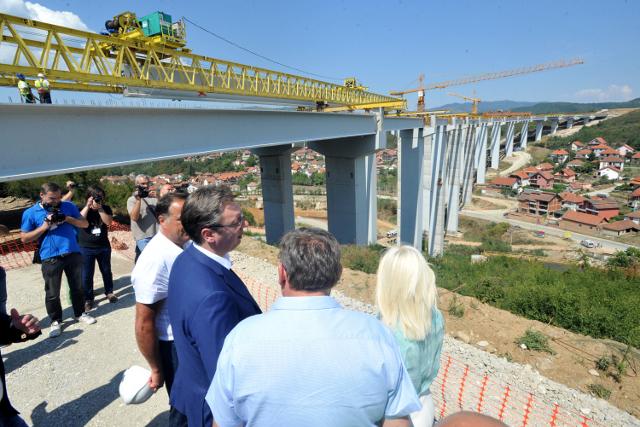 Vucic is seen in Vladicin Han on Friday (Tanjug)

"Our people like to hear it, 'give us the Cypriot, the Israeli-Jordanian, the St. Peter model'. Never mind models...'two Germanys', 'Cyprus'... and then we would have this state of affairs for another 200 years. Super. Then tell the people that we will have fewer highways," said Vucic.

The president, who spoke while visiting the town of Vladicin Han, went on to say that the Cypriot "model" (problem) "will not be solved in the next 100 years because it is a struggle for territory."

"It's a frozen conflict, and when something is frozen it can also be unfrozen," Vucic said.

The president's comments came after Oliver Ivanovic, a Serb politician from northern Kosovo, in recent days spoke in favor of using "the Cypriot model" for the province.