The leader of the Serbian Renewal Movement (SPO), Vuk Draskovic, believes that Serbia should "accept and recognize the Kosovo reality." 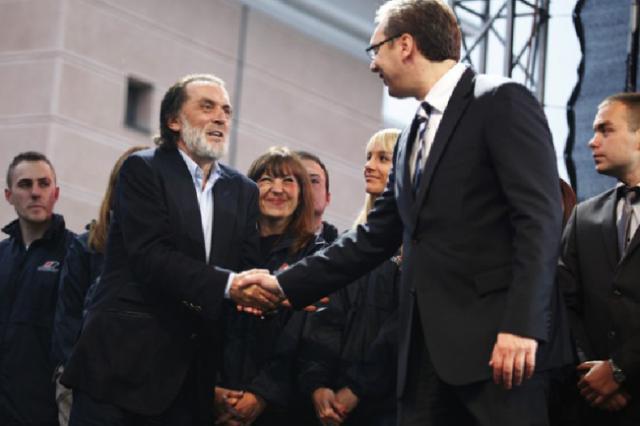 He also wants Martti Ahtisaari's 2007 plan to be accepted as "the basis for the continuation of the Brussels dialogue."

According to Draskovic, "the reality is that Kosovo's independence is recognized today by a vast majority of the members of the UN and the EU" and that "the International Court of Justice concluded that the proclamation of Kosovo's independence did not violate the UN Charter, international law, or UNSC Resolution 1244" - while "around 90 percent of Kosovo's inhabitants are Albanians and less than six percent are Serbs."

"The sovereignty of Serbia over Kosovo exists only in the preamble of its Constitution. By being a slave to this norm outside the reality, the state only suffers huge losses, political, and developmental, and democratic, demographic, and monetary," said Draskovic in an editorial he penned for the Belgrade daily Blic.

Even with a delay, says the SPO leader, "let us accept Martti Ahtisaari's document as the basis for the continuation of the Brussels dialogue with the Albanians."

"Let us sign an agreement on comprehensive normalization of our relations with them. Hostility is extinguished by friendship," Draskovic said.

He recalled that in March 2007, Ahtisaari, who acted as a special envoy of UN secretary-general, "turned in his plan, that the Kosovo Albanians accepted under strong pressure from the West, above all the United States, and that Serbia rejected, while Russia blocked the Security Council's adoption of the said document that regards the final status of Kosovo."

According to this plan, which proposed Kosovo's "supervised independence" - Serbia "does not have to accept that independence," continued Draskovic.

The SPO leader said that the plan, among other things, proposed that Kosovo "cannot be united with Albania or be annexted to any territory outside Kosovo, that the Serbian language and the Cyrillic alphabet be equal with the Albanian language and alphabet throughout Kosovo, that Serbian churches and monasteries in Kosovo are owned by the SPC based in Belgrade, that Serbs from Kosovo can be citizens of Serbia, that Serbs have ten guaranteed seats in parliament and the right to veto any law that would endanger their national, religious or civil rights."