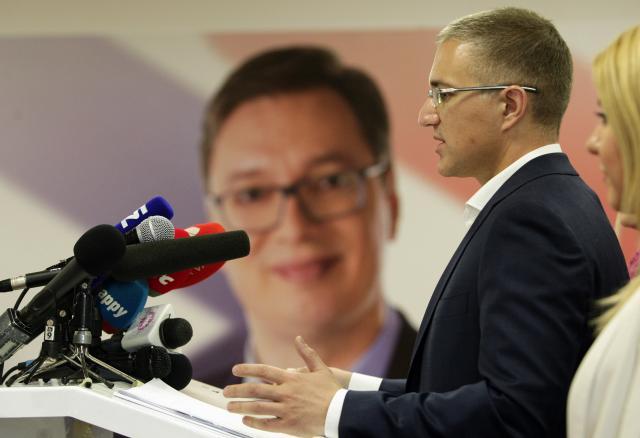 Stefanovic said it was "at the very least scandalous."

Speaking on the anniversary of the launch of Croatia's 1995 offensive dubbed "Operation Storm" earlier on Friday, Plenkovic said it took place "in order to prevent a new Srebrenica in Bihac" - and that it destroyed "the Greater Serbia dream."

Croatia is celebrating this day as "Victory Day," while Serbia is marking Remembrance Day to honor about 2,000 Serbs killed during the offensive, and over 200,000 expelled from Croatia.

"I ask Andrej Plenkovic - does that mean the children and the elderly that were killed during Operation Storm died because of somebody's supposition and as a precaution?," Stefanovic asked in a written statement sent to the media by his party, Beta reported.

"It is hard to believe that anyone, especially a prime minister of an EU member-state, could say such a thing in the 21st century," he said.

Stefanovic also called on Croatian authorities to take "a clear stance" toward the crimes committed during the offensive, "instead of celebrating something that represents a disaster for Serbs."

"What Greater Serbia policy is Plenkovic talking about, when Croatia drove out more than 250,000 and killed several thousand of its own citizens? The Serbs were a constituent people in Croatia and lived there for centuries, while they are now less than five percent (of the population)."

"It is especially hypocritical to claim that by this, they prevented a new Srebrenica - which means that they killed their own citizens, Serbs from Croatia, in advance," Dacic said in a statement sent to Tanjug, and continued:

"It is especially unscrupulous for such messages to be coming from the Croatia regime, that has not distanced itself from the genocidal Ustasha fascist authorities (of the Independent State of Croatia, NDH) from the Second World War era."

"That is why Ustasha (Marko Perkovic) Thompson is taking part in the (Croatian) state marking of Operation Storm, the biggest ethnic cleansing in Europe after the Second World War," Dacic said, and concluded:

Speaking to reporters on Friday, Serbian PM Ana Brnabic said, "We cannot understand that somebody is celebrating their country being practically ethnically cleansed."