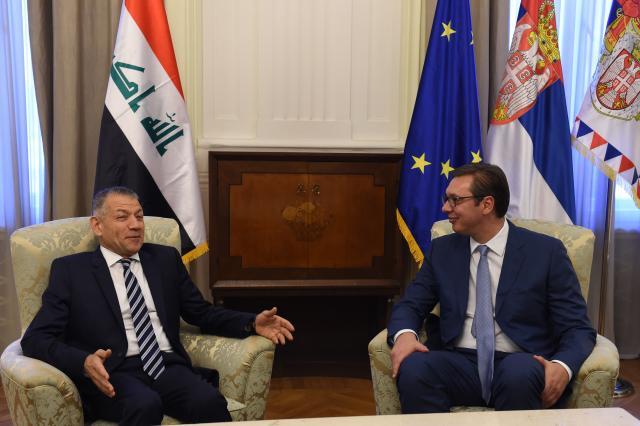 Vucic thanked Hasan Ali for his country's support to Serbia's sovereignty and integrity, said a press release issued by his office.

Also, Vucic "expressed his gratitude for the ambassador's cooperation and contribution to the development of the relations between Serbia and Iraq and wished him a lot of success in his future work."

"The Serbian people have the deepest and most sincere feelings of friendship toward the Iraqi people," Vucic said, adding that Serbia "unequivocally supports the sovereignty and integrity of Iraq."

The president and the ambassador "assessed that relations between the two countries are good and that there are great opportunities for their further development, especially when it comes to economic cooperation."