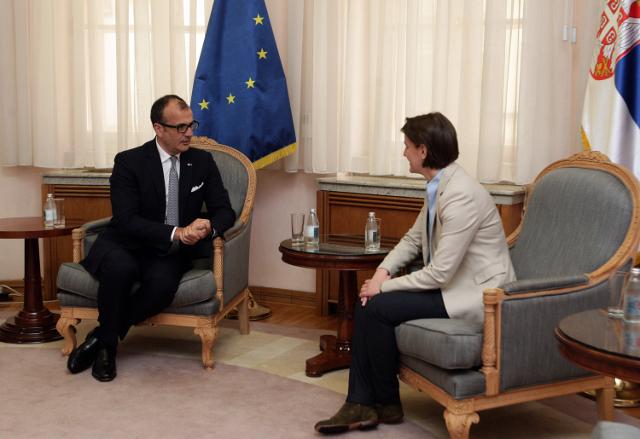 The new government will continue to actively work to have Serbia approach to the European community, she told the new head of the Delegation of the European Union in Serbia, Sam Fabrizi, on Friday.

According to the government, Brnabic "stressed that she will continue to contribute to regional cooperation and stability, nurturing European values and further economic recovery of the country, in order to make Serbia an equal member of the EU in the future."

Fabrizi "emphasized that Serbia is a welcome partner of the European Union, both in the region and beyond, and that it is looking forward to continued close cooperation" and told Brnabic he would "continue to support political and economic reforms and work on accelerating the European path of Serbia."