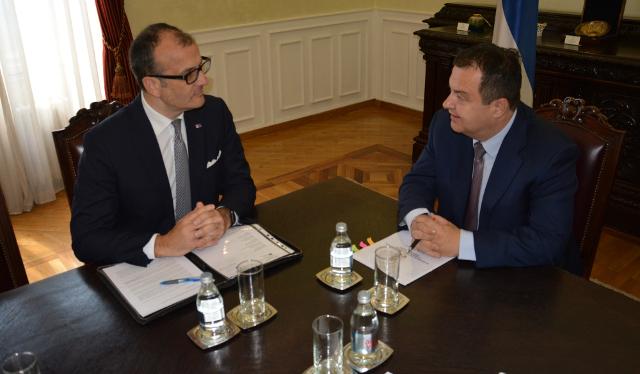 EU membership remains the foreign policy priority of Serbia, Dacic said during the meeting, according to the government.

The officials "agreed on the importance of honest and open relations between the two partners, both in terms of membership negotiations and political dialogue," a statement said.

Fabrizi "presented Dacic with the invitation of EU High Representative for Foreign Policy and Security Federica Mogerini to participate in an informal meeting of EU foreign ministers on 7-8 September in Tallinn."

Dacic "wished Fabrizi success in his work and emphasized that he will have all the necessary support from the Ministry of Foreign Affairs."