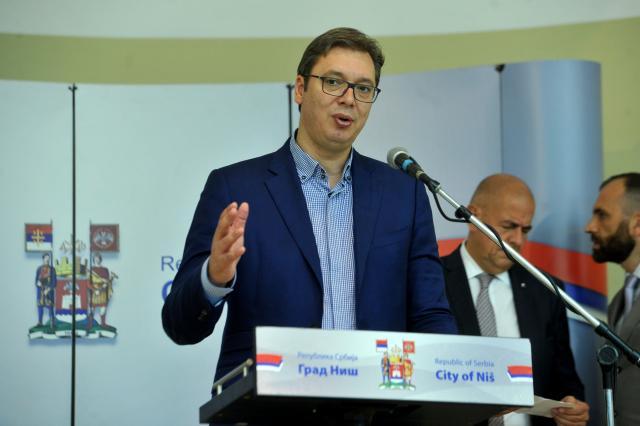 Speaking on Friday, the Serbian president added that "many are concerned only with what the people like, rather than what (the people) need."

But, Vucic remarked, he himself never "thought or worked in such a way" in the past, either - because he if he was "doing only what the people like, we would not have stable finances, the Labor Law, a regulated economy today."

At the same time, under this scenario - "the country would be run by those who take a million, two, ten, or a hundred, and pay back nothing - because that's their deal with politicians, " he said.

"That is no longer possible in Serbia. Serbia is a normal, decent and ever more successful country, and this is possible only when one is not ingratiating oneself to the people, but is solving problems. And that too, is some sort of dialogue," Vucic said.

He made these statements while answering reporters' questions ahead of the cornerstone laying ceremony for Austria's Zumtobel factory in Nis, a town in southern Serbia.

"If someone thinks the easiest way is to to break out the cursing, while somebody is burying their head in the sand like an ostrich, saying, 'I do not care, let Vucic solve these problems' - then that, too, is some sort of dialogue," the Serbian president said.

"I am grateful to people and the intellectuals, such as Dusko Kovacevic, the civil sector, the NGO people, and the politicians who have grasped that everything one does today is ten times better than doing it tomorrow," he said.

Finally, Vucic said he was not offering "a solution, but only a discussion" - and that he "believes that any conversation is always healing."