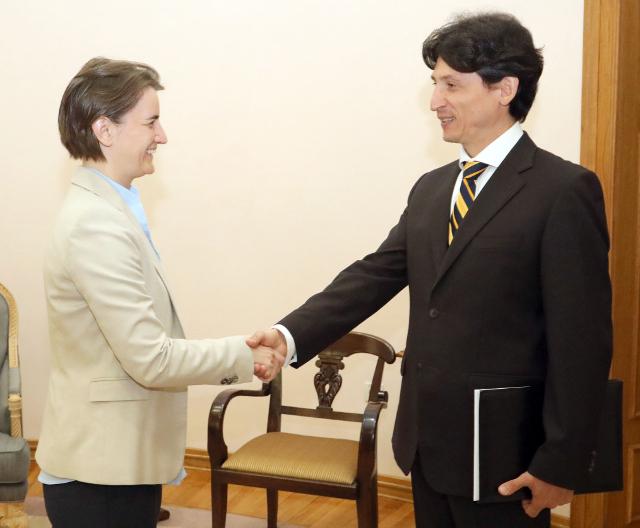 According to a government statement cited by Tanjug, they also assessed that there were "great opportunities to strengthening economic ties between Serbia and Ukraine, especially when it comes to cooperation between SMEs."

This has also been confirmed at business forums held in Kiev and Novi Sad, the statement added.

The interlocutors "agreed that in this light, the signing of a free trade agreement between the two countries, that is under procedure, was very important."

Brnabic thanked the ambassador for Ukraine's firm position not to recognize Kosovo, and stressed that Serbia supports the sovereignty and territorial integrity of all UN member states, including Ukraine.

Aleksandrovych emphasized that the common goal of the two countries was to show citizens "a high level of European democratic standards, protection of their fundamental rights and freedoms, in order to ensure social prosperity."

He assessed that there were issues that Serbia and Ukraine have in common on the road toward the EU, and that on this path, the two countries "can learn a lot from each other," the statement said.