Relations between Serbia and Japan are "at a high level, especially in the framework of economic cooperation." 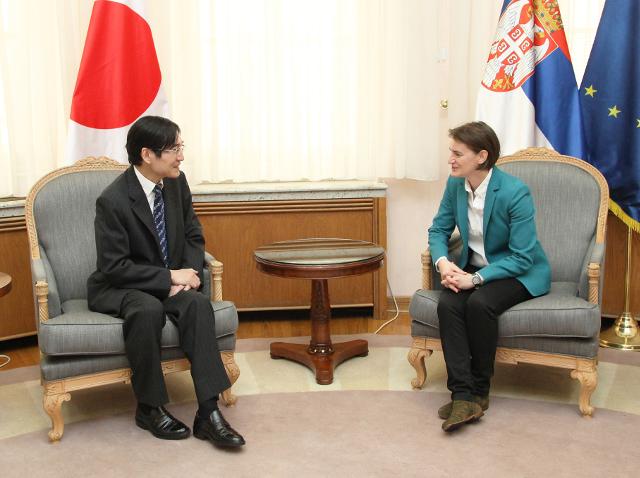 That is what Serbian Prime Minister Ana Brnabic and Japanese Ambassador to Serbia Juichi Takahara said during their meeting in Belgrade on Wednesday, the Serbian government announced.

Takahara "informed Brnabic about the completion of a factory of the Japanese cable maker for automotive industry Yazaki in Sabac, which employs 300 workers, and also announced that it is expected to employ 700 more workers from Serbia."

Brnabic and Takahar also "estimated that the interest of Japanese businesspeople in investing in Serbia is growing, as evidenced by the recent visit of the delegation of the Japan External Trade Organisation (JETRO) to Serbia, but also other projects, such as the electricity plant in Vinca and the initiative for the arrival of young Japanese volunteers to Serbia within the Japanese volunteer program abroad."

The officials also discussed sports cooperation, given that Japan hosts the Olympic and Paralympic Games in 2020, as well as cooperation in other areas that can help bring Serbia and Japan closer.

Brnabic said that Serbia highly appreciates the support of Japan, especially in infrastructure projects, expressing satisfaction with the growing number of young people interested in the Japanese language and culture.