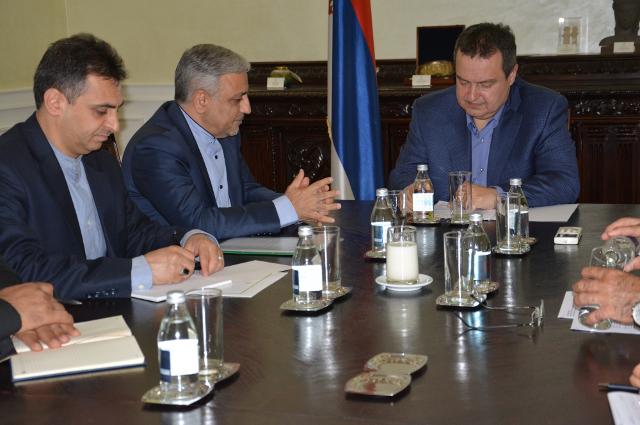 According to the Serbian government, this was confirmed on Thursday during the meeting held in Belgrade between First Deputy PM and Foreign Minister Ivica Dacic and Ambassador of the Islamic Republic of Iran Hossein Molla Abdollahi.

Abdollahi conveyed congratulations from Iranian Foreign Minister Mohammad Javad Zarif to Dacic for his reelection to the post.

He also invited representatives of Serbia to the inauguration of President Hassan Rouhani in August in Tehran.

Special attention was paid during the meeting to "strengthening bilateral political dialogue and preparing the forthcoming visit of Iran's foreign minister to Serbia."