Serbian President Aleksandar Vucic says he will not accept an invitation to take part in the Belgrade Pride Parade, announced for September 17. 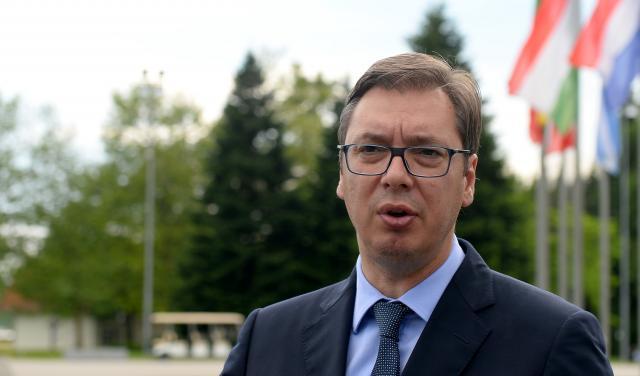 Vucic "reiterated that his obligation is to make sure everyone participating in that gathering is guaranteed their rights and freedoms," Tanjug reported on Thursday.

However, Vucic told reporters in Thessaloniki, Greece, on Thursday - "I've no intention of going. I'm not someone who's thrilled by such manifestations. Regardless, it is my obligation, and I have succeeded in achieving it, to guarantee them the right to do what is a part of their freedom and their rights, and I am pleased with that."

But Vucic revealed that he has no intention of taking part personally:

"It's the furthest thing from my mind. And that's my right - to decline, to walk where I want, and when I want. Thanks for the invitation. No thanks," Vucic said, commenting on the gay parade organizers inviting him to walk "at the helm of the column."

The president also remarked that "the job of the state is to ensure everyone can walk where they want and how they want" - and to guarantee to everyone every right and freedom.

Vucic added that "any other representative of authorities, either from the Presidency or the government" was "free to go where they like" - but reiterated that he personally would not participate in Pride Parade.

"I won't go, and I won't make excuses about having better things to do, or anything else. Certainly I will be doing something that, from my point of view, I consider to be more beneficial to Serbia," Vucic concluded.