President on Srebrenica: Young people disagree with me

"A terrible crime happened in Srebrenica, and I sincerely sympathize with the victims' families," says President Aleksandar Vucic. 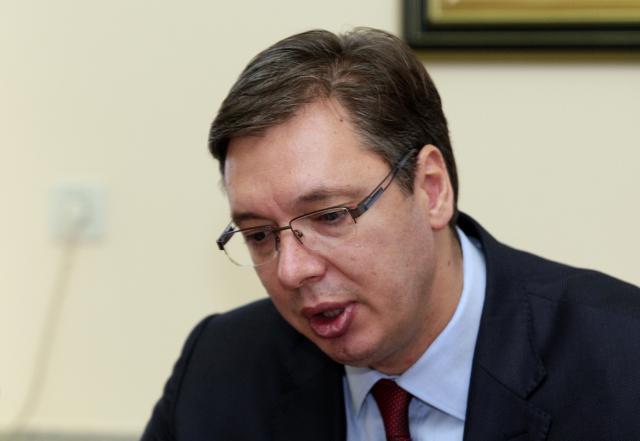 Speaking for Happy TV ahead of the Srebrenica crime anniversary, Vucic stated the relations between Serbs and Bosniaks (Bosnian Muslims) are "crucial for the future - these two nations needed one another."

Vucic also said that Serbia did not receive an invitation to attend the marking of the anniversary in Potocari, and that those who went there from Serbia in the past days "can express their opinion and say that genocide took place there."

Nevertheless, Vucic stated that "his word, just like that of the prime minister and the foreign minister, obligates - while what is talked about here is the legal formulation."

"A horrific crime happened and I hopes that we have learned the lessons - just like from Bratunac, (Operation) Storm - not to mention the most terrible one of all - Jasenovac," he said, referring to the crimes committed against Serbs in the 1990s in eastern Bosnia and in Croatia, and in Croatia during the Second World War.

According to him, "the key is that such a great crime should never again happen to any people, we must look to the future" - while "80 or 90 percent of Serbian citizens do not think that a great crime has been committed in Srebrenica."

The president believes that relations of Serbs and Bosniaks are crucial for the future, while he will "work sincerely on that, while guarding Serbian national and state interests."

He said that younger generations, including his son Danilo, disagree with him.

"Danilo will tell me - 'everything was good, except for that bit about Srebrenica'. I'll tell him to wait another five years and he will think differently... when I was young I was probably worse than him," Vucic said, adding that "only a donkey never changes. "