Aleksandar Vulin, representatives of the Roma National Council, and of Belgrade's Cukarica municipality have taken part the removal of anti-Roma graffiti. 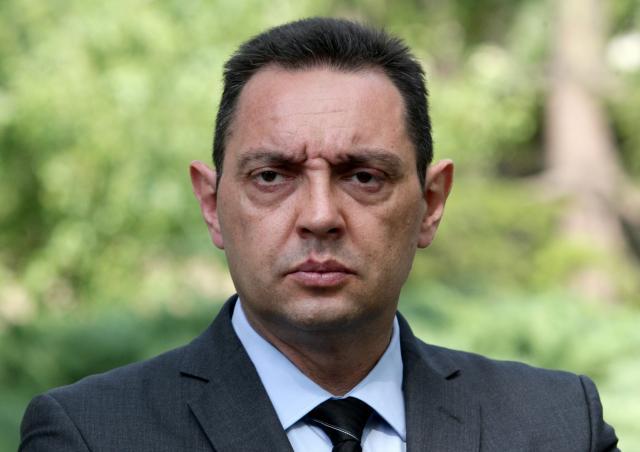 The graffiti called for violence against this ethnic minority, including messages such as, "Death to Gypsies," "Serbia for Serbs," "Not for Gypsies," along with swastikas and "SS division symbols."

"I cannot understand, especially if this was written by a Serb, that they would write something against the Roma people with whom we have shared the good and the bad for centuries, who have been with us always in difficult and less difficult times, who still share with us the same country, who love this country," said Vulin, who serves as minister of labor, veteran and social affairs in the current government.

According to a statement, Vulin said that it was "quite possible that there was someone executed by SS divisions in the family of the person who wrote that graffiti, or someone who died because of the swastika ideology."

"A Serb cannot put a Nazi symbol in Belgrade, a Serb cannot spread Nazi ideology that was killing their own people," Vulin said and added that the Serbian government will always fight against those who spread hatred.