80 members of the Ohio National Guard arrived in Belgrade on June 11 to take part in an international training exercise dubbed Platinum Wolf. 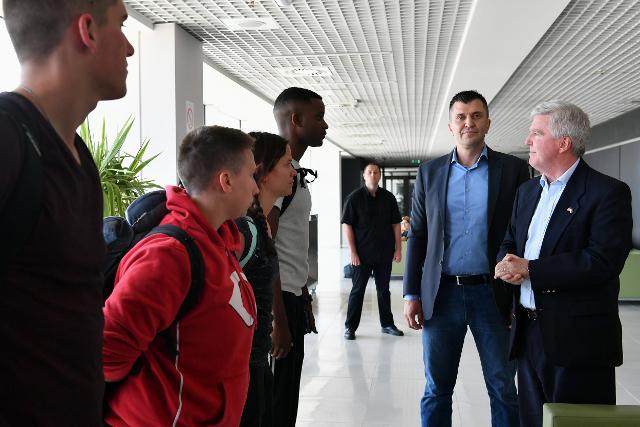 Beta is reporting that the exercise will be held June 12-23, in Base Jug (South) near Bujanovac.

The peacekeeping training exercise will involve 450 soldiers from nine states, and the largest contingent travelling from the U.S. was welcomed by Serbian Minister of Defense Zoran Djordjevic and the U.S. ambassador to Serbia, Kyle Scott.

The ambassador said the exercise would be an excellent opportunity for everyone to find out how to work and act together, the Serbian defense ministry reported.

"This military exercise is very good for cooperation in the region, and the arrival of the Ohio National Guard is yet another sign of partnership, friendship and good cooperation with the Serbian army," the U.S. diplomat said.

Minister Djordjevic underlined at the Nikola Tesla airport in Belgrade, where he greeted the U.S. troops, that it was a very important military exercise for Serbia, which he expected to contribute to the operational and functional capacities of the Army of Serbia.

The military exercise will be also attended by troops from Bosnia and Herzegovina, Bulgaria, Macedonia, Hungary, Slovenia, Great Britain and Montenegro.