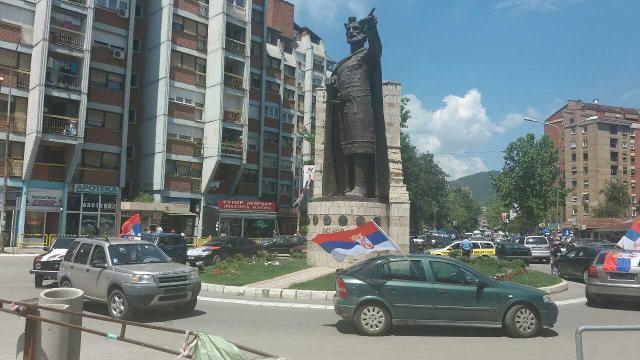 A convoy of vehicles - some decorated with large posters of Vucic - circled around this town in northern Kosovo honking their horns.

Citizens who celebrated in this way also displayed state flags.

Vucic was elected on April 2, when he received more than two million votes (around 56 percent).

The new president today also formally took over his presidential duties from Tomislav Nikolic, while the inauguration is set to be held on June 23.