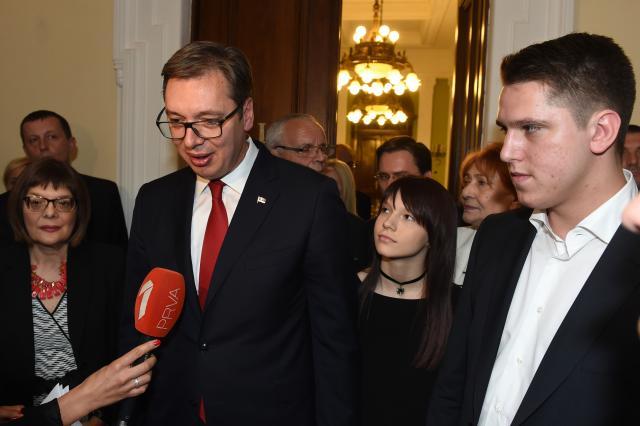 Among others, in attendance were members of the assembly, former presidents, cabinet ministers, heads of religious communities, members of the diplomatic corps, and members of Vucic's family.

After the ceremony at the National Assembly, Vucic headed to the seat of the Presidency in Belgrade's Andrica Venac, where he formally took over the presidential duties from former President Tomislav Nikolic.