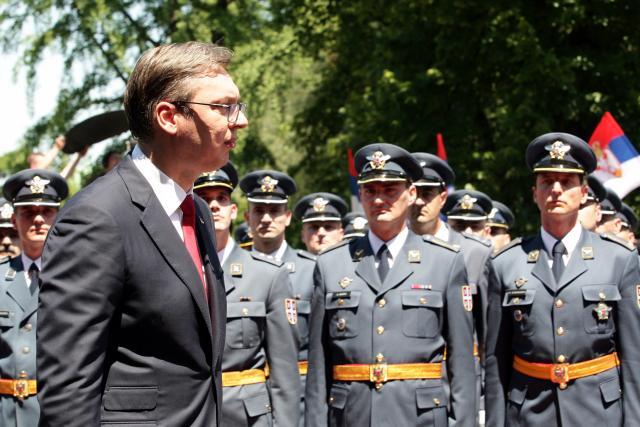 "We plan to further keep traditional friendly relations with Russia despite all the pressure on us. Over the past years, we have managed to achieve a lot in relations both with the Russian people and its leaders," Vucic said.

Serbia will also develop friendly ties with China, while Belgrade is unwilling to join any military pacts and alliances as the country is determined to pursue the policy of military neutrality, TASS quoted the president as saying.

"We don’t want to join any military pacts and alliances, we want to have our own army and be strong enough to protect ourselves. We will pursue the policy of military neutrality while maintaining relations with our partners," Vucic said.

A day earlier, he said his country had no intentions to join NATO, and "emphasized the importance of the 'European way' for Serbia."