I didn't have much of an appetite, but everything else was good, Aleksandar Vucic said on Thursday, about an informal dinner in Brussels the night before. 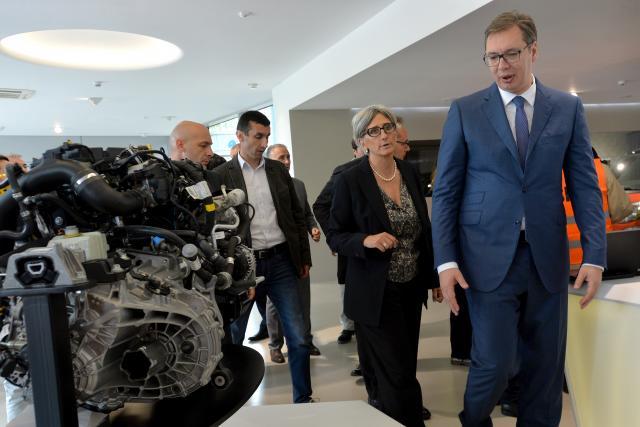 The gathering was organized by EU's Federica Mogherini and brought together six Western Balkans prime ministers.

"We all said we want to have normal cooperation in the region," the Serbian PM and President-elect told reporters.

When asked to comment on statements made by Macedonian PM-designate Zoran Zaev, Vucic said: "Everything in Brussels yesterday was fair, I did not want to speak about it, especially since all participants were very clear in wanting to have good cooperation in the region."

Zaev said earlier that he told Vucic he "regretted the carelessness of us politicians, before, during, or after the campaign."

"That never led to tensions between the two countries," Vucic said about Zaev's statements about him personally, and added that he "had no right to respond in kind to possible personal insults, or in any other similar way."

"You've never heard that from me - I simply don't do it," said Vucic.

What was said yesterday are good signals, he continued, "and we need to believe in them."

"We are friendly nations and countries and that's how we will remain," Vucic said, and once again stressed that "what somebody said about him cannot be decisive for relations between the two countries."

It is important for Serbia, he added, "what Zaev said" about the way Skopje would vote should the issue of Kosovo's UNESCO membership again come up - namely that it would be "neutral."

"These are important changes, we are waiting and we want to believe in that. We are friendly nations and countries and that's how we will remain," said Vucic.