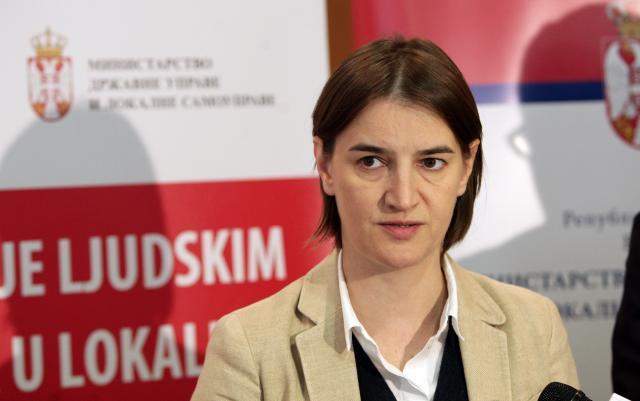 Barnabic made the statement after media reported rumors that the Church was opposed to the possibility of her becoming Serbia's next prime minister due to her sexual orientation - namely, she is the first openly lesbian member of the Serbian government.

"I have deep and sincere respect toward the institution of the SPC," she told the daily Politika on May 18, when asked to "interpret the rumors" that the SPC was opposed to the possibility of her heading the Serbian government.

On May 15, the Serbian Church denied these rumors, saying it was not interfering in the process of selecting the country's new prime minister - and adding that it was "not in the habit of peeking through other people's windows, or dealing with the private lives of state officials."

In her interview for the daily Politika, Barnabic said she was grateful to the Church "for being sincere and professional enough to send the same rebuttal it sent to the public, to her cabinet as well."

"It would be completely frivolous of me to comment on anything related to such a serious institution. If I were to have any comments or questions, I would surely address them to the Church," she told the newspaper.

Barnabic also observed that during her nine months as a cabinet member, she encountered "not a single problem" due to her sexual orientation - "on the contrary."

"Every mayor and every citizen that I met with across Serbia, never looked as me as being any different," Barnabic said.