"Serbia and China are friends who trust each other" 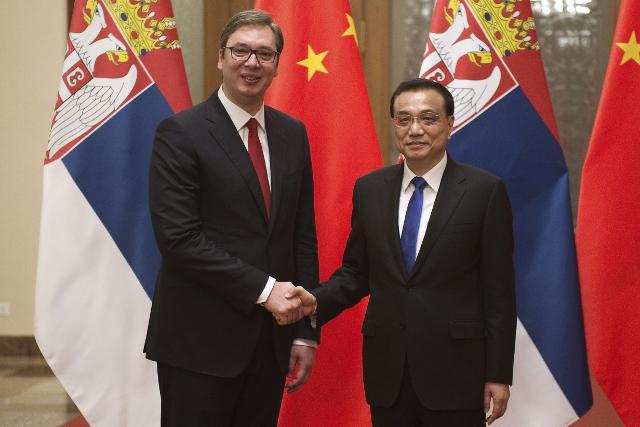 "The Belt and Road initiative is the most important place in today's modern world for solving not only the problems of road, railway and airport infrastructure, but the way that reinforces the relationship of peace, where different nations, different religions can understand each other and live together," Vucic said and added:

"Serbia has accepted with great joy to participate in the project. We have done a lot and are very grateful for all that you have done for the Smederevo steelworks,."

According to the Serbian government, he "underlined that almost all the projects that Serbia has signed in the past year are projects with Chinese companies. He invited his Chinese counterpart to come in December, during his participation in the meeting of CEEZ 16+1 in Hungary, on the border between Serbia and Hungary and open together with Hungarian Prime Minister Viktor Orban the works on one of the main roads – the Belgrade-Budapest railway."

"We are fully involved in this initiative. Memoranda have been signed for large sections of roads to Montenegro and contracts will also be signed soon. Serbia no longer has financial problems," Vucic said, and underlined that Serbia is "a steel friend"" of the People’s Republic of China.

He asked the Chinese premier for help in the establishment of a direct air flight to Belgrade and help with the work and functioning of the Bor mining and metallurgical complex.

He 2underlined that the Serbian side progressed very fast in the preparation works for the high-speed railway from Belgrade to Budapest, and expressed gratitude to Prime Minister Vucic for the invitation to attend the opening of the works."

"I hope that our cooperation will also bring economic benefits to the peoples of our countries. I hope that we can expand our areas of cooperation. So far we have had success in everything that we worked together on," the Chinese premier stated.

Regarding the direct flight, that is possible now because our cooperation is stronger, markets are more developed and exchange of people is greater, so that air service would be very useful, Li said..

He pointed out that he expects even more intensive cooperation between the two countries after Vucic's victory in the presidential election in Serbia.

Vucic wraped up his visit to China with a meeting with Chinese President Xi Jinping.