Albanians will not be able to set foot on a millimeter of central Seria - but constant threats against the Serb people in Kosovo are cause for concern. 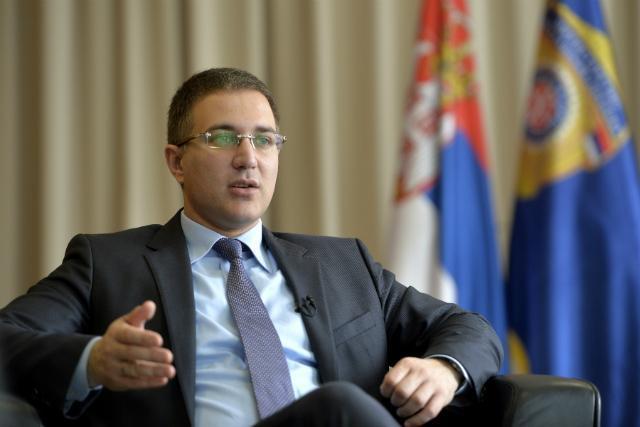 Interior Minister Nebojsa Stefanovic told this to the daily Blic, adding that threats coming from Ramush Haradinaj about taking Serbian territory do not represent the position of an individual - but of "all Albanians in Kosovo."

For that reason, "they should not be viewed as Haradinaj's words," said Stefanovic.

"An additional concern is the absence of serious reactions from the international community, especially the EU," Stefanovic said, adding that "we expect strong and clear reactions to the territorial claims and threats coming from Kosovo Albanians."

The minister said that Serbia "expect them to recognize the danger of destabilization of the entire region in these aspirations towards creating a Greater Albania."

"It's not enough to say that this is only because elections are coming, and that it serves as rhetoric to get votes - instead this should concern anyone who is well-intentioned and who wants stability in this region," he said.

"Albanians know they will not be able to set foot on even a millimeter of the territory of central Serbia, but the constant threats to the Serb people in Kosovo and Metohija are worrying," said Stefanovic.

"Our job is to protect our people and our national interests, as well as our people in Kosovo and Metohija," he stressed. According to him, "we must not allow these provocations to have any negative consequences on Serbia."

"We are trying to strengthen our forces and our country, not only militarily, but also economically and politically. We want to have full stability, and the message of everything we do is that Serbia will not allow any new pogroms of the Serb population, wherever it lives," said Stefanovic.

When it comes to early elections in Kosovo, the minister said it was about "buying time."

"Whenever we get to a situation where the finally the Community of Serb municipalities must be formed - which was clearly agreed in Brussels - immediately some buying of time begins in order to avoid that. Likewise when the topic is launched of the formation of a special (specialist) court for those who have committed crimes against Serbs, immediately the government collapses, or there are other delays," he said.

In addition to witness intimidation and destruction of DNA evidence, "they hope that the passage of time will prevent the special court from revealing anything," Stefanovic said, and concluded:

"Unfortunately for them, there is evidence of crimes committed by Albanians against Serb civilians."