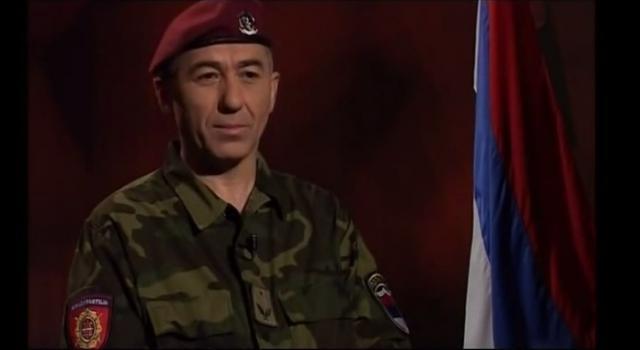 Radosavljevic stressed that the operation on January 15, 1999 was carried out "flawlessly" - and that he received "a NATO gold medal" for it.

"There was no massacre, nor anything else that would depart from the customs of war. This is supported by the fact NATO textbooks for special operations study this Serbian police operation as an example of how to react against terrorists. This operation was carried out by members of the Special Police Unit (PJP), which I commanded, police officers from Urosevac, and the Army. It was announced ahead of time to the international monitoring mission, and they watched the whole operation," Radosavljevic said.

He added that OSCE observers also monitored it, at the invitation of the Serbian police, as did reporters from several foreign media outlets, who were allowed to film the encircling and the taking of this important KLA ("Kosovo Liberation Army") stronghold.

Radosavljevic said the showdown with the terrorists was planned and carried out after the killing of four Serbian police officers.

"As we approached Racak, the terrorist group started firing at us from the village itself, from the trenches, bunkers, and other fortifications, using automatic weapons, RPGs and mortars, but the police managed to break them up. We had one wounded man, policeman Goran Vucicevic. The terrorists had a far greater number of casualties," Radosavljevic said.

According to him, there were no civilians among the victims - only uniformed and armed men wearing KLA insignia, that had opened fire at the police.

Serbia was accused of killing civilians rather than armed terrorists in this Kosovo village, and the case is viewed as a trigger for NATO's bombing of the country that started in March 1999.

It is now once again in focus in light of recent statements made by William Walker, who at the time headed the OSCE verification mission in Kosovo.

Speaking about Walker - who stated that he in the past supported Kosovo's independence, and is now working on a project of "unification of Albanians" - Serbian PM and President-elect Aleksandar Vucic earlier this week referred to him as "a Greater Albania lobbyist."

Speaking for RTS late on Thursday, Vucic said Walker was a former CIA agent who was made head of an OSCE mission, and whose report about Racak 18 years ago caused serious damage to Serbia.

"People forget that the direct decision to start the (NATO) aggression and attack the Federal Republic of Yugoslavia (Serbia and Montenegro), above all Serbia, to a lesser degree Montenegro, was made based on his (Walker's) report. And as a consequence of the results of the aggression, a large number of countries in 2008 recognized the so-called 'independence of Kosovo'. These are the two horrific consequences that are the result of William Walker's work," Vucic said.