Officials told not to travel to France for three months

PM Aleksandar Vucic said on Monday that Serbia did not break diplomatic relations with France after that country refused to extradite Ramush Haradinaj. 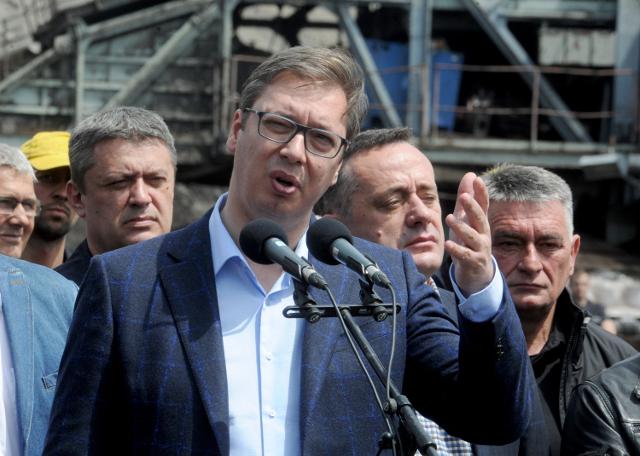 However, "he stressed that he will not allow somebody to trample on Serbia," Beta has reported.

Vucic said that he asked officials and employees in the ministries not to travel to France over the next three months.

Speaking to reporters as he was touring the Kolubara mining basin in Medosevac, he pointed out that the government's only move has been to send a note of protest to France, but that this is "not big deal" because Serbia and Croatia last year exchanged 20 such notes notes.

The daily Vecernje Novosti reported on April 29 that the Serbian government had ordered all government officials and employees in the ministries, as well as directors of public companies, to cancel their planned business trips to France, and not to arrange any visits or activities in France over a period of three months.

The newspaper said this was one in a series of responses to the decision of a French court to reject Serbia's request for the extradition of former KLA leader Ramush Haradinaj, who is suspected of war crimes committed in Kosovo in 1998 and 1999.