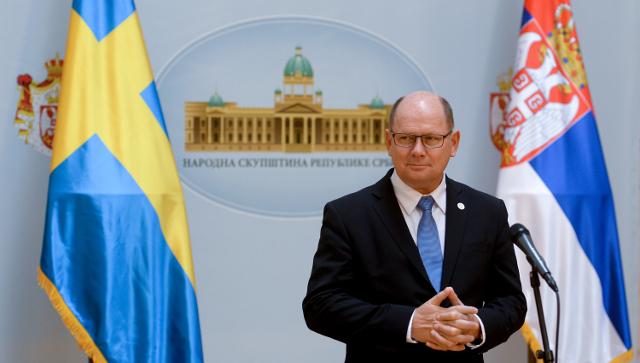 According to the Serbian government, they discussed "bilateral relations, Serbia's EU integration and economic cooperation between the two countries, which will be significantly improved by opening the new retail store IKEA in Belgrade."

The two officials talked about the relations in the region, "especially the recent statements from Albania and Pristina."

Serbia will do everything to maintain stability in the Western Balkans and therefore is not reacting to the latest provocation, said Vucic.

If you want to be a successful country, you have to have successful neighbors, Urban Ahlin, adding that it is therefore necessary to maintain the stability of the Western Balkans.

Vucic "expressed gratitude for the continued support of Sweden to the process of European integration of Serbia."

The EU's door is open to Serbia and all Balkan countries, Ahlin told Gojkovic, noting that, for him, Serbia's EU membership was not a matter of whether, but when.