The Serbian National Assembly has rejected a proposal to debate by urgent procedure a motion to dismiss Assembly Preident Maja Gojkovic. 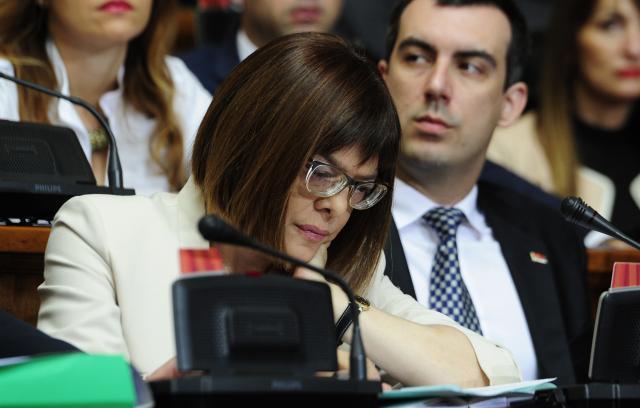 The proposal, originally tabled by 32 members of the assembly, was backed by only 13 in a vote, Tanjug reported on Friday.

Earlier, Gojkovic announced a special sitting with this item on the agenda, but it will not be held before April 29.

The Assembly, which this week resumed work suspended before the presidential elections, on Friday approved several international agreements.