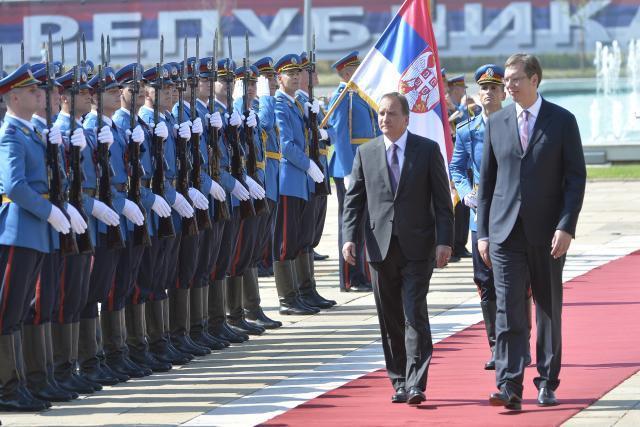 Lofven is seen with Vucic in Belgrade during last year's visit (Tanjug, file)

Vucic "thanked Sweden for supporting Serbia's EU path and briefed Lofven on construction works to build an IKEA department store - which are ahead of plans - and invited him to visit Serbia soon," a statement said.

Vucic also "conveyed condolences to his Swedish counterpart on the occasion of last week's terorist attack in Stockholm."