France-Serbia ties are "old and deep" - Hollande to Vucic 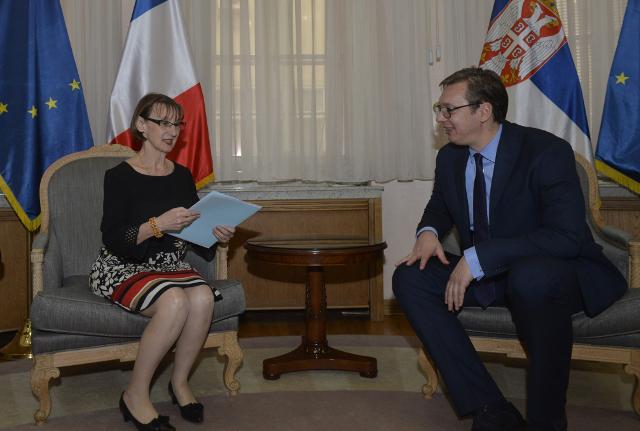 According to Hollande, "it demonstrated the Serbian citizens' strong support for moving close "to Europe" - which Vucic "embodies."

The message was on Friday presented to Vucic by French Ambassador Christine Moro.

"You know you can count on France’s support in that process, and on help in the economic development and a lasting stabilization of the Western Balkans. In that sense, Belgrade’s engagement in the dialogue with Pristina remains of crucial importance," the French president wrote, and added:

"The ties between Serbia and France are old and deep. Your official visit to France in September last year made those ties even stronger. I express the wish that they develop in all areas during your presidential term”, reads the letter of congratulations from French President Francois Hollande."