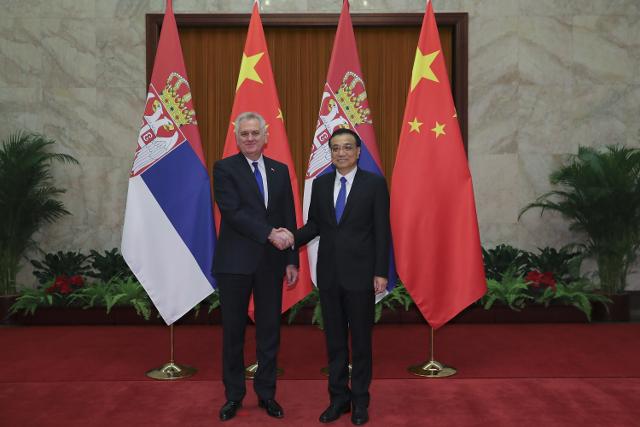 Nikolic and Li discussed ways of enhancing the mechanisms of cooperation within the Belt and Road and the 16+1 cooperation initiatives, China's state news agency Xinhua reported.

The two leaders "agreed to boost the progress of their comprehensive strategic partnership," reports said.

Nikolic told China Radio International in an interview that "the Belt and Road Initiative benefits both China and the countries along the routes."

"Through promoting the initiative, China has built an image as a major country advocating equality, common development, mutual benefit and reciprocity. Serbia is willing to become a major participant of this move," he said.

Nikolic, who is on a state visit to China, on Thursday met with Chinese President Xi Jinping.