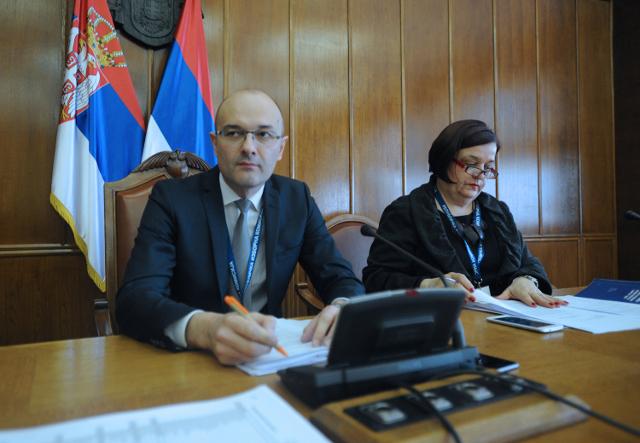 Gajic was detained on charges of violent behavior and destruction of election materials.

RIK held a session on Friday, two days before the April 2 presidential election, during which RIK President Vladimir Dimitrijevic announced that Gajin officially asked to be relieved of his duty, and his deputy appointed instead.

One of RIK's coordinators for Belgrade, Darija Sajin, said that Gajin was arrested two days ago as he "behaved violently and destroyed two ballot papers."

Dimitrijevic said that the case has been taken over by the prosecution and the Interior Ministry (MUP), and that it was "assumed that the authorities would press criminal charges against Gajic."

RIK members from opposition parties wanted the agenda of today's meeting to include deciding on filing a criminal complaint against Gajic, but that proposal was not accepted.

Deputy RIK President Zeljka Radeta (SRS) asked why the information about the incident had not been shared earlier.

The RIK session on Friday also heard that president of a voting board in Lazarevac committed suicide, and that election materials were stored in his home.

No other details have been revealed.