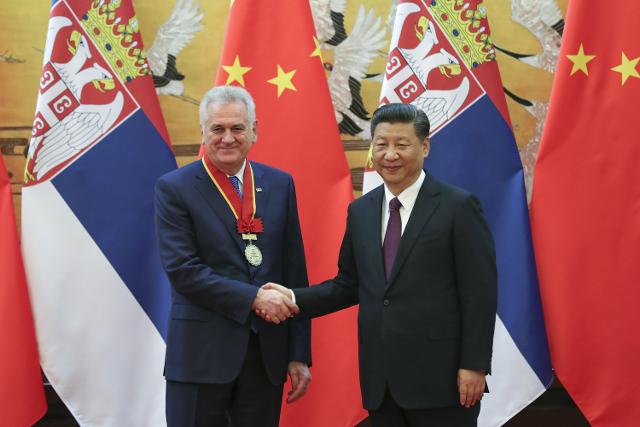 Xi said that he would personally encourage Chinese entrepreneurs to participate in the realization of joint projects, adding that all doors had been opened to them after the signing of the Agreement on Comprehensive Strategic Cooperation between Serbia and China, Bet reported, citing a statement issued by the Serbian president's office.

Xi voiced his satisfaction with cooperation in the One Belt One Road project and Serbia's active role in the "16 plus 1" initiative, adding that China was ready to support the creation of a Center for Building Infrastructure in that project.

He said that China saw Serbia as a "steel friend," and that his country would make a donation of 100 mln yuan (around 14 mln euros) to Serbia.

The Chinese leader said that he "received with great satisfaction the news that Macedonia and Greece were interested, in addition to Serbia, in the engagement of China in building a waterway between the Danube, Morava, Vardar and the Aegean Sea."

Later on Thursday, Nikolic became an honorary citizen of Beijing for his personal contribution to enhancing the friendly ties between Serbia and China.

On Wednesday, the first day of his visit, the Serbian president met with a delegation from the Huawei company, Liten Group and Shanghai Leasing, to whom he presented all the advantages of investing in the Serbian economy.

Nikolic will finish his official visit to China on Friday with meetings with Prime Minister Li Keqiang and Speaker of the National People's Congress Zhang Dejiang.