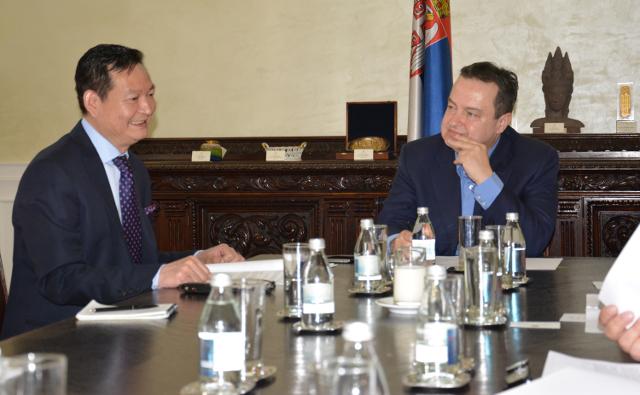 According to the Serbian government, Dacic said that political relations between the two countries are "traditionally good, with a high degree of mutual trust and support in the most important issues."

He "stressed that Serbia's interest is further strengthening of political dialogue, support in multilateral issues and international forums, exchange of visits at the high and highest levels and promoting economic cooperation."

Tran, who is a non-resident ambassador based in Bucharest, Romania, said that bilateral relations between the two countries are "good and friendly, with room for further improvement."

He "agreed that it is necessary to intensify political and economic relations, as well as other forms of cooperation, including tourism, cultural and educational exchanges," the government said, quoting a Serbian MFA statement.

"This year is the 60th anniversary since the establishment of diplomatic relations between the two countries, which constitutes an incentive for further promotion of cooperation between Serbia and Vietnam," the statement said.