The transformation of the Kosovo Security Force (KSF) into an army - an initiative launched by Hashim Thaci - "does not have international support." 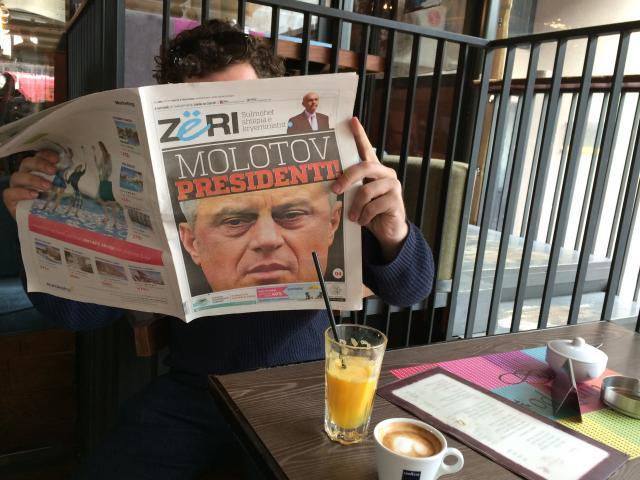 Albanian language daily Koha Ditore is reporting this a day after Thaci, who serves as Kosovo president, and Kosovo Assembly Speaker Kadri Veseli presented a draft bill on transforming the KSF into "the Armed Forces of Kosovo."

According to the Pristina-based newspaper, US officials have called the ministry in charge of the KSF, "expressing their disagreement with Thaci's initiative."

This was later confirmed in a letter Minister for KSF Haki Demolli sent to the Kosovo leadership.

According to the report, Demolli said he received a phone call from the Office of US Deputy Assistant Secretary of Defense Michael Carpenter, when he was told the US was concerned by the plans to transform the KSF through adopting amendments to the current law.

In addition, Demolli stated that the defense attache with the US embassy also expressed concern over Thaci's move.

At the same time, the EU Office in Pristina told the newspaper that "such an important issue should be resolved within the framework of the Constitution."

Meanwhile, Kosovo Prime Minister Isa Mustafa stated in a post on Facebook that "the future army of Kosovo will not be influenced by politics" and that Demolli - who is a member of Mustafa's Democratic League of Kosovo - does not oppose the transformation process, but was in his letter merely expressing the views of "Kosovo's strategic partners."

"I consider the attacks on Minister Demolli and the leaking of official documents for political effects unacceptable, irresponsible and tendentious," concluded Mustafa, according to another Albanian language daily published in Pristina, Epoka e Re.

Commenting on Hashim Thaci's initiative late on Tuesday, the director of the Serbian Government's Office for Kosovo and Metohija, Marko Djuric, said that Serbia strongly opposes establishment of a so-called Kosovo army in its province.

"We demand that the international community halt without delay this dangerous escalation of political relations in the southern province," Djuric told reporters.

He added that establishing any kind of army or a military formation in Kosovo and Metohija would represent a direct violation of UN Security Council Resolution 1244 and the Kumanovo Military Technical Agreement that ended the war in Kosovo in 1999.

Djuric also stressed that Serb representatives in the Kosovo institutions will not support the initiative - "either directly or indirectly."

Earlier on Tuesday, Serbian Prime Minister Aleksandar Vucic spoke with Thaci on the phone, when, according to media reports, the two engaged in "a fierce verbal confrontation over establishment of a Kosovo army."

Speaking on Wednesday, Vucic said he expected help on this issue from the EU, the US, and Russia.