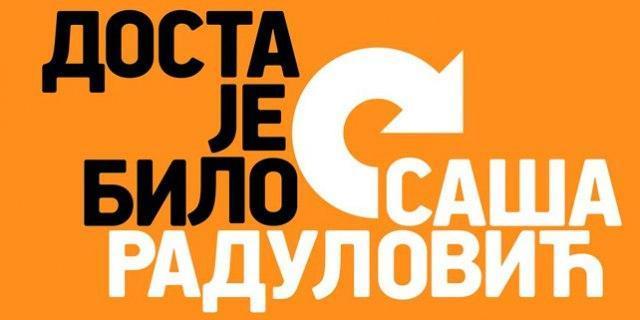 In a statement on Monday, the movement said this has been prompted by Prime Minister Aleksandar Vucic's decision to join the presidential race as a candidate while still serving as the head of the country's government.

"It is clear he will abuse his office as the head of government for his (presidential) campaign," the movement said.

The DJB (Serbian acronym for "Enough is Enough") said the proposal to hold a no-confidence vote has been sent to all opposition groups and to independent members of the Assembly ("people's deputies"). It requires the signatures of 60 deputies, the movement noted, adding:

"There are enough opposition deputies for a joint initiative, and this is an opportunity for a count to find out who's the opposition, and who is not."

The DJB also appraised that Vucic was "running away from (early) parliamentary elections" and that his goal was "to lower the turnout in the presidential elections in order to give himself a chance to win."

"Since April, Vucic's ratings have dropped from around 40 to only 30 percent, and he cannot win an election with a high turnout," the statement said, adding that "any turnout under 60 percent guarantees Vucic the victory in the first round."