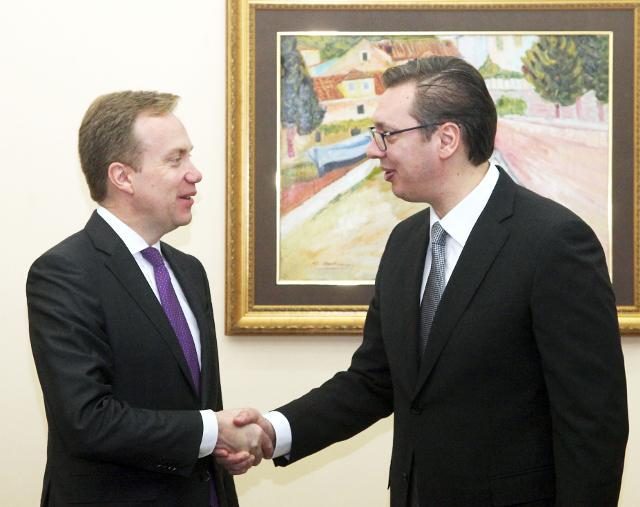 They spoke about "relations between the two countries, the migrant crisis, the situation in the region and Serbia's European path."

Vucic "stressed that relations between the two countries are at a high level and thanked for the humanitarian aid and donations of Norway to Serbia" and "welcomed the increased interest of Norwegian investors in Serbia, which is proof that the business climate is improving," the Serbian government said after the meeting.

"There are many challenges that Serbia and the region of Western Balkans are faced with, but it is necessary to maintain peace and stability for economic prosperity of the region. Preservation of peace and stability is our priority. We have been and will remain a constructive partner of the European Union," the prime minister said.

Brende said that Norwegian investors are satisfied with the business climate in Serbia, that the cooperation between the two countries is very good and welcomed Serbia's European integration, which, as he pointed out, is a good sign for the increasing the number of Norwegian investors.