FM: Events in Croatia are regrettable, why is EU silent?

A monument to Ustasha criminal Alojzije Stepinac in Osijek, Croatia "is a clear message to Serbs that crimes against them are allowed and will not be punished. 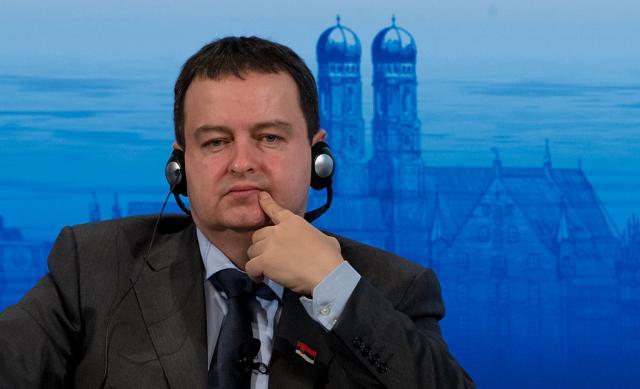 The Serbian foreign minister said this in a statement, asking also why the EU was silent about a rehabilitation of fascism and war crimes.

"What is happening in Croatia is regrettable, and it is confirmed by the fact the strongest criticism of the raising of a monument to Stepinac, a war criminal from the time of the fascist Ustasha NDH (Independent State of Croatia), was about it being located close to a parking lot," Dacic said.

According to him, this is an indicator of an atmosphere created in Croatia where an anti-Serb policy, justification of crimes against Serbs, and rehabilitation of the fascist Ustasha NDH is a common occurrence.

He stressed that it was also a clear message to Serbs that crimes against them are allowed and not punishable.

"Why is the European Union silent about a rehabilitation of fascism and war crimes? Does silence mean approval? Or will somebody from the EU at long last refute me?," Dacic asked.