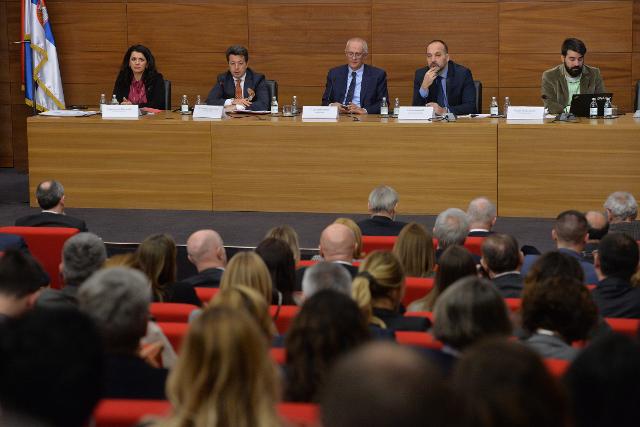 He said that personal data protection had not been much emphasized as governments around the world wished to process personal data to protect against international crime and terrorism, while on the other hand, many people were becoming aware of the need to protect personal data.

He also cited as a problem the fact that since 2008, Serbia had not adopted a new law on personal data protection and that he would forward a new model to the government in one month.

Head of the OSCE Mission to Serbia Andrea Orizio said that today, personal data protection was needed more than ever before.

"Reality is changing fast and legislation should keep up with that change. And particularly considering the digitization of many services, personal data protection is needed even more," Orizio said, adding that protection was needed because of young people whose presence on social networks was constantly increasing.

"We live in a time of challenges, confusion, ruination, but also chances and opportunities that can lead to solving accumulated tension. To turn challenges into chances we need pillars, with human rights being the first... and the next are institutions," Ombudsman Sasa Jankovic said, adding that the rule of law and development of institutions had to be accompanied by political and non-political factors.