Serbia and Turkey will "develop a plan of cooperation in the fight against terrorism and organized crime." 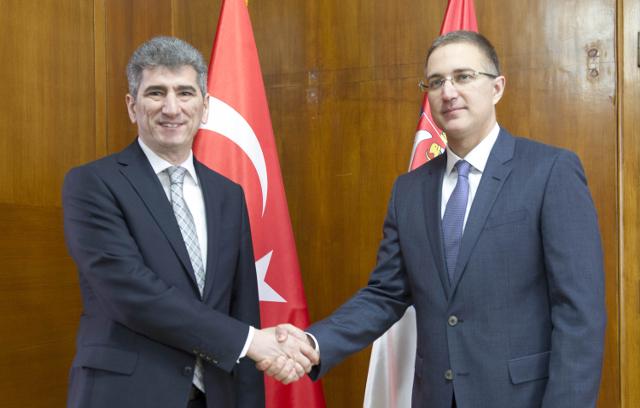 Stefanovic and Ince "estimated that there is room for improvement and deepening of cooperation in these areas" and also "spoke about the current migrant crisis and agreed that the issue of illegal migration requires a comprehensive solution."

"They discussed the possibility of cooperation between the Serbian Police Academy and the Police Academy of Turkey, as well as organising training for police officers of the two countries," the Ministry of the Interior (MUP) said in a statement.