The chairman of the Serbian Assembly's Committee on Kosovo says he finds the statements of the new U.S. secretary of defense about Kosovo "worrying." 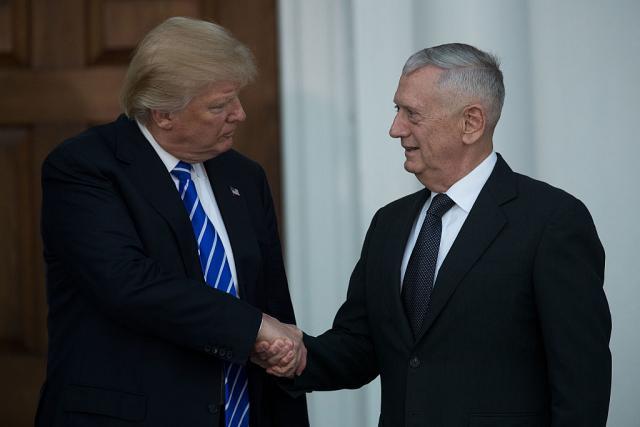 Milovan Drecun said this after Beta agency reported earlier, quoting Radio Free Europe, that during his confirmation hearings before the U.S. Senate earlier in the month, James Mattis spoke in favor of forming the so-called Armed Forces of Kosovo.

The report also remarked that Kosovo was the only "country" in the region mentioned by the now U.S. secretary of defense on that occasion.

"Does that mean that the Trump administration will give up on the existing U.S. stance not to exert pressure and demand that Serbia recognizes Kosovo? If the events were to develop that way, that would be a negative trend," Drecun told Serbia's state broadcaster RTS on Sunday.

It was also "not good" that a change of the (Kosovo) constitution was mentioned in this context, he added.

"It looks like a solution will be sought to circumvent the obstacle to the forming this formation (Kosovo Army) in the parliament in Pristina, and that obstacle is the opposition of the Serb people. That would not be good," said Drecun.

He added that the new U.S. administration's positions regarding the region are "yet to be seen" - but that the first official statement concerning Kosovo "says that many people had unrealistic expectations" and that the Trump administration "will continue the policy of the previous one."

"We will have continuity there, which means the so-called independence of Kosovo is, to them, a done deal, and they will continue to treat Kosovo as a state," said Drecun.

The following are the answers of James Mattis concerning Kosovo, made during his January 12 confirmation hearing, as reported by the website of the U.S. Senate Committee on Armed Services:

Q: Approximately 650 U.S. troops remain in the Balkans as part of the Kosovo Force (KFOR) that first deployed to Kosovo in 1999 and today is comprised of over 4,600 personnel from 30 countries. What major lines of effort do you think are required to further reduce or eliminate U.S. and NATO presence in Kosovo?

Mattis: Kosovo is an example of what happens when the international community, led by America, commits itself to the defense of its interests and values. In general, I would recommend reductions commensurate with the security situation on the ground, but my understanding is that, at present, the Force remains critical to ensuring the stability of the region. Moreover, before it would be prudent to reduce the U.S. military presence, the Kosovo Security Forces must receive a mandate to conduct domestic security and territorial defense, a shift that will require constitutional change with parliamentary support.

Q: In your view, can the European Union play a more significant role in Kosovo?

Mattis: Yes. The efforts of the European Union are essential to the economic and political development of Kosovo and its stability, and its further involvement ought to be encouraged. It already plays a significant role in Kosovo by brokering the normalization of relations between Serbia and Kosovo through the Belgrade-Pristina dialogue. The dialogue allows both countries to move forward with plans for membership in the European Union, with the understanding that recognition of
Kosovo’s sovereignty by Serbia will be addressed before actual membership accession. Additionally, the European Union helps contribute to stability in Kosovo through the European Rule of Law Mission in Kosovo.