Next round of Kosovo dialogue scheduled for February 1

Federica Mogherini has invited prime ministers Aleksandar Vucic and Mustafa to Brussels for another round of the high level Kosovo dialogue. 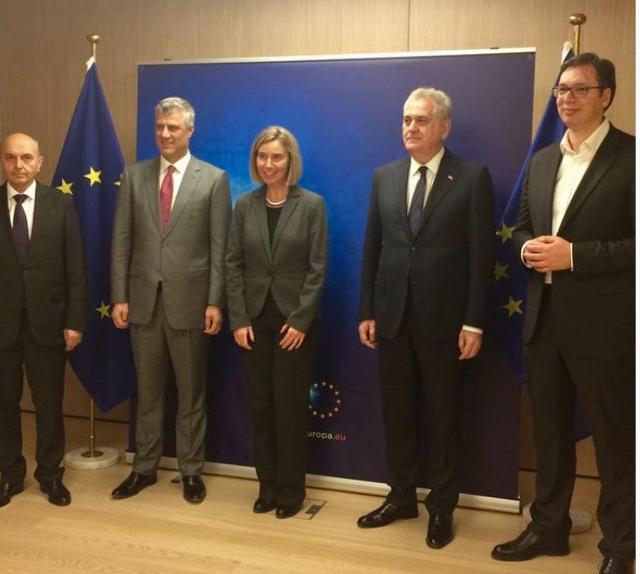 According to an announcement posted on the website of the EU External Action Service, the meeting will be held on February 1.

It follows the one held on January 24 "where both sides agreed to leave the tensions behind and to focus on the work ahead within the EU-facilitated dialogue."

It added that Mogherini, EU's foreign policy chief and mediator in the negotiations, was "looking forward to the continuation of the discussions, on outstanding issues and on the state of play of implementation of past agreements as well as on the way forward in the dialogue."

"Progress on the EU path is linked for both, Serbia and Kosovo, with progress in the dialogue," the statement noted.

On Saturday, Belgrade-based daily Blic reported that Vucic and Thaci spoke on phone and "agreed that the two parties would work actively to preserve peace and stability, and to develop relations between Serbs and Albanians, Belgrade and Pristina."

Beta quoted Pristina-based media as reporting on Sunday that Kosovo minister for dialog Edita Tahiri, said the topics would be "an energy deal, the implementation of a justice agreement, the forming of the community of municipalities with majority Serb populations," and "the final stage of the dialog."